As I could say for many places, Brazil is a massive, confusing, and complicated place. And as is so common, I feel like I almost know less about it now than before I had visited. Seeing a tiny slice of the country felt like a reward for the sacrifice of rarely ever sleeping in my own bed or working in my own town. And as with so many places that I visit, it holds true that the most surprising and rewarding part of the trip comes with meeting the beautiful and kind people that seem to exist nearly everywhere I visit.

Brazil has a rough reputation. Rio especially has deeply rooted gang related sociopolitical issues that are crippling to the very foundation of its already fragile society. The drug wars in Brazil’s second most populated city have become so intense and the financial issues so bad that during the 2016 Olympics, the police and fire fighters held up signs at the airport stating; “Welcome to Hell, Police and Firefighters don’t get paid, whoever comes to Rio De Janeiro will not be safe.” This picket was not a group of concerned citizens, but the very people that are in place to protect the general population. I can hardly imagine the profound level of discomfort that such a stark statement would have on an arriving traveler. Without a doubt, this is the exact opposite effect of the perceived intentions of the tradition of the Olympic games.

The immense wealth divide provides little to no opportunity to the millions that are born and raised into the often dark and hopeless lifestyle of Rio’s less fortunate. It affects me deep down inside as we ride in our nice air-con Mercedes past sprawling Favelas. The structures are equally beautiful, horrible, and architecturally unbelievable. They pay homage to both the peoples intense drive towards the concept of a better life, and the debilitating and far-reaching corruption of its political leadership. On the coastal side of the road, right across the highway, exotic mansions surrounded by security gates sit atop beautiful cliff faces and overlook the South Atlantic Ocean. The contrast is drastic. Crippling poverty and immense wealth stand off like two ill-tempered boxers in a never-ending stare down. The scenery is striking and telling without even knowing the cities specific internal conflicts. It speaks for itself. It looks like the two sides of war, the proverbial house of cards that awaits its imminent tumble.

Travel very quickly becomes an internal journey of self-speculation and evaluation. A series of different shades of gray is about as clear as the idea of “responsible travel” ever gets. During my time here, I will play a small part in employing a driver, a hotel worker, a restaurateur, a security guard, it goes on and on. My tourism will help feed someone’s child and someone’s mother. I will share my financial advantage with the people of Brazil. I will walk away with a better and more nurtured world-view, a greater understanding of the inner workings and psychological complications of human interaction. I will, as with everywhere I go, get both a little bit harder and a little bit softer. And at the same time, I will put money into the hands of a government that cares little for the well being of its citizens. I could choose not to go. I could stay at home. Finding and accepting a balance is the only viable option that I can see. I have already upset people with the places that I’ve gone. And I’m totally fine with that. 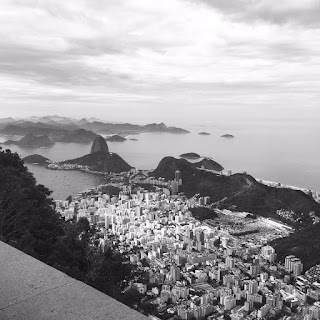 What can I say about Brazil? The gentlemen that I had the pleasure of working with were, without a doubt, the hardest working individuals that I have ever had the pleasure of sharing a gig with. These men did things that would cause union strikes and job walk off’s in the States. And they did it happily, efficiently and with invasive smiles on their faces. The necessity to get the job done with sub par gear and not quite enough of it is the only option. The show must go on. There were no complaints, no whining, and no refusal. Just hard hard work. The humble that floats through the air in the room is contagious. The language barrier is hard, but the loving and caring attitude makes the issue negligible.

And, as you do in South America, they took us out for steak. Lot’s and lots and lots of steak. This place makes “Brazilian Steakhouses” in the States look like a joke. There is no red/green card to turn off the meat flow. It’s like an IV of smoky charred wonder. The beer flows and the laughs get so intense that I’m surprised we aren’t asked to leave until I realize that every other table is laughing with the same vigorous intensity. Passion overflows in this country. I’ve never seen such strong love for life, for food, for brotherhood. We were welcomed in immediately and without question. We laughed so hard that I begged for breath. Too much. Make it stop. When you can laugh to the point of considering a hospital visit with a group of people that don’t even share your common language, you start to understand what the meaning of life is. It reminds me of why I do what I do. 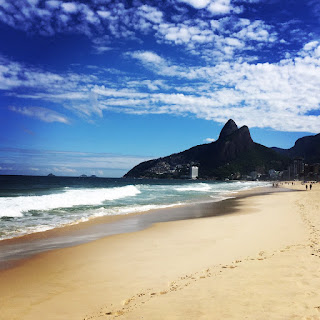 Where are all of these drug wars? I see charm around every corner. I’m having the time of my life here! This city is truly awe inspiring in its beauty. I have never in my life seen a prettier city. The contrast of the mountains and the water is overwhelming. The scenery is numbing. It’s too much. The 360-degree overlook from Christ The Redeemer owns the single best view of my life. It’s surreal; exquisite. Why does such a beautiful place with so much potential and brotherly love have such drastic social problems? Is there truly any other option for humanity? Or are we meant to trudge on through dark voids of our own creation? Is greed so inherent in our nature that starting over would simply end us back right here with the same exact problems? Is it even possible to truly measure if things are getting better or worse? Why hadn’t I been to Rio before? Will I be back? Will I ever see my new friends again? Do I even want to go back? Or is the memory so strong and unspoiled that it’s better off staying a memory? 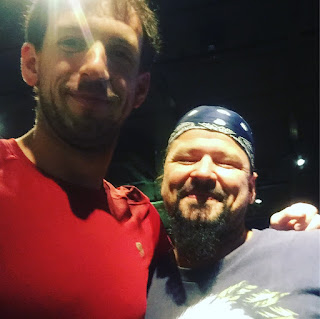