With the innumerable life changes that I have coming up in the next few weeks, it’s been difficult to put my mind at ease and enjoy this trip for what is should be. My anticipation for what the future holds has left me more anxious than relaxed. This time, I haven’t really been able to turn it off. The ol’ brain that never shuts up. I feel like I’m stuck in a sort of purgatory right now, an in-between world of my past and future self. I haven’t left my old life yet, nor have I arrived at my new place or my new job. But then again, traveling alone always penetrates the experience with a mix of great beauty and harrowing solitude. All of these epic sights and experiences and no one else’s schedule or needs but your own. Beautiful freedom but no one to share the experience with. Do I recommend traveling alone? Absolutely.  You will find strength and ability that you had no idea were inside of you. Use the time to nurture it. At your greatest moments you will feel utter weakness. But your later reflections will fill you with confidence. Would I want to do it every time? Of course not. There is no experience like seeing the world with someone you care for. The best soul medicine you could ever give yourself.
Colombia tends to get a bad rap, and rightfully so from its past transgressions and turmoil. But things have changed here. Believe it or not, Colombia is now one of the safest places to travel to in South America. IF you stay in the right places (as with any country.) Cocaine, FARC, drug lords, kidnappings, murder, bribery, rebellion, and corruption? Sure, all still here. But it’s also a vibrant, beautiful, welcoming and proud country. And honestly, out of the 12 Latin American countries I’ve visited, I’ve never felt safer or more welcome.
The mountains are staggering, it’s easy to get around, and the food surprises at every turn. A truly prideful culture exists here, and it is much deserved. The altitude is kicking my ass, but that’s because I live below sea level and I’m a wimp that spends too much time sitting at a desk. I’ve had the best coffee of my life and I’ve finally grown some faith in South American beers. Bogota Beer Company, good job my friends. Maybe the best brewery I’ve found outside of the United States. (Remember that I haven’t been to Europe before you jump my case).  Colombia is also incredibly affordable for people on a budget.
I didn’t say I wasn’t having fun or taking away from the experience. Colombia was very high up on my list for a long time. And it has surpassed all of my expectations. My regret? No one to learn how to Salsa Dance with. Just remember to learn a little Spanish before you show up. 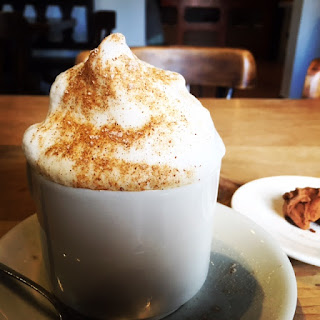 Posted by Unknown at 9:28 AM No comments:

Another bus. My thoughts are betraying me. My positivity, my “go get em, see the world” attitude, all turning and pointing the spear back at me. I just want my bed. I’m throwing my passport in the trash as soon as I land back in the states. No more travel for me. I’ll stick to a trip to New York City once a year. Maybe I’ll try to learn to love Florida. My knees are screaming in agony, my feet are swollen from miles walked and hours of constriction and immobility, and the small child next to me keeps ramming his head into my arm. Over and over and over. And oh boy is it hot. Humid humid hot. October doesn’t mean a thing when you’re on the Caribbean’s latitude. This is my life now. The bus.

Can you do justice to six countries in barely two weeks? For that matter, can you truly do justice to a single country in a lifetime? I’ve spent somewhere around 26 years in the United States and I’ve barely scratched the surface.  So I’ll stay on the bus and push forward.  I have no delusions that I will see everything that the world has to offer. But I’ll do what I can.

Let’s back up.  Panama. Since the Panama Canal opened in August of 1914, money has poured into Panama City by the boatload. (Pun very intended.) Though the Canal had a bit of a rough start (French corruption, bankruptcy, and arguably the largest monetary corruption scandal of the 19th century), today it is a true marvel of engineering and financial progress. Shantytowns and immense poverty come to mind at the utterance of anything Central America. And that is all certainly here too, but the city is also a thriving, modern, bustling metropolis.

And there’s plenty of ceviche for everyone.  Practically everywhere a ceviche shop strives for attention. Two years ago, I had never heard of the dish.  Now I seek it out whenever possible. Allow me to digress. If you have friends of Mexican descent, go out to eat with them. They don’t order from the menu. By the end, your mouth will be screaming in beautiful agony and you’ll wonder why you’ve been ordering the Number 2 burrito special with rice and beans your whole damn life. Dreams of Aguachile will keep your pillow covered in sweat.

It’s the middle of the night when I arrive at the very small bus station in the middle of a pretty sketchy part of San Jose, Costa Rica. Contrary to my previous understanding of where I would embark, this station is in no way connected to the bus station that I need to be at. Straight into a taxi and on to the central bus station. And it’s closed. Straight up locked up, bars and chains and all. No bench to spend a few hours on, just very sketchy walking dead types slowly limping around the sidewalks. Luckily this must be a common occurrence as the taxi driver recommends a hotel very close by, obviously commission based and a good friend of his. Some might call this kind of thing a scam. I’m just happy to have a room for the rest of the night and a hot shower. Off to Monte Verde in the morning… on a bus!

My limited time in Monte Verde is graced with beautiful lush rolling mountains and endless Amazonian-like foliage. The trees and hills seem to go on forever. I’m meeting some friends here. I have a short list of people I enjoy traveling with, and these two are near the top. We take a walking tour of the beautifully quaint town and we dine like the kings. The wine and beer make their first appearance and well… I seem to be on a bus again.

We’re in Nicaragua and Rita seems to have something up her sleeve for tomorrow.  It takes us forever to find our hotel but the wait is well worth it. We often take for granted how well the streets are marked back home. The air conditioner is frigid against the absurdly humid October heat. Our second floor balcony overlooks the main thoroughfare and the hotels courtyard is welcoming and tranquil.  An unlikely shop serves us one of the best meals of our trip. Cervezas are plentiful and the word “island” keeps floating through the air.

In the morning we’re on a boat headed for a privately owned island. The resort has 4 or 5 rooms. And they’re all empty, except for us. A private island, all to ourselves. It’s a well-manicured beauty. Everything is local and built specifically to fit the surrounding environment. The tiny swimming pool and yoga deck overlooking the water add those little touches that you always look for and seldom find. This place is immaculate. And the bar never closes. Serious consideration of abandoning the rest of the trip and staying here arises as we float  post-yoga off into the nearly full moon.

Now things really start to blend together. Too much for the senses. Rita leaves us in Managua and Wes and I venture further into the rabbit hole. Through a series of monotonous methods of transportation for what seems like eternity, (including countless wrong turns and endless backtracking) we come to in Santa Rosa de Copan. And after a few hours and a very friendly hotel staff, we realize that this is not the town we want to be in. Not that there’s anything wrong with it.

The next day we venture on to Copan Ruinas. Ancient ruins of centuries past adorn the city, both a gift and a curse. The town is beautifully designed with cobblestone streets and shops and restaurants galore. Tourism has both invented and destroyed this city. A thriving scene that is slowly losing its soul. The ruins are awe-inspiring masterpieces. No words do them justice, so I don’t try.

We decide to splurge a bit and stay at the elegant Hotel Terramaya. Handmade wooden furniture graces the hotel and matches the architecture of the building itself. The hammocks on our balcony overlook vast mountains (probably mostly volcanoes). The breakfast is top notch and the massages are nothing to scoff at either. This is Wes’s first professional massage and after my insistence, he loves it. Amazing he got this far.

After abandoning our hope of fitting Belize into the mix, we take off to Antigua, Guatemala. Yet again, tourism has done its fair share of hurting the essence of the town. But it’s a truly great place to visit. The white washed architecture and surrounding volcanoes make it one of the more picturesque places that I’ve visited. We take a hike up a volcano (not fun in sandals) and spend our time visiting the city and avoiding the other Americans.

And then we get on a bus. A bus for El Salvador to wrap up our trip. But this time, we go all out. We get the ultra luxury bus with reclining seats and meals and a movie. First class if I’ve ever seen it (ok, it was the only option available in our time frame due to our very poor attempt at planning the next phase of our trip). We made the trek out to some ruins and saw as much of San Salvador as we could, but in the end, it’s just another big city with amazing churches and endless markets.

I learned a lot on this trip. I’ve never traveled this fast before. I certainly gained some adaptability. I stepped out of my comfort zone many times and I grew a lot in the process. I learned just how little Spanish I know, but that people love it when you make the effort.  I made my flight, but I learned not to care so much if I don’t. And most importantly, I learned that sometimes the ground just isn’t there anymore. But that’s a story for another time.
Posted by Unknown at 2:10 PM No comments: