When you tell a baby boomer that you’re going to Vietnam, you might as well tell them you’re going to Afghanistan. Why on earth would you want to go to there?? But the last 40 years have changed Vietnam immensely. Despite its terribly violent and disturbed history, the country is growing and flourishing into a world player. The country is stunningly beautiful and the people were surprisingly (almost shockingly) lovely to these two Americans. It seems like the past is all but forgotten (or forgiven is a better word). No need to hold on to a grudge when, really, you’re only hurting yourself.
Sure we crashed some motorcycles, saw a child’s head get smashed by a gas tank on a scooter, and almost died in every taxi we got in, but that’s just part of the lifestyle and experience. Hanoi has, without a doubt, the worst, most insane traffic I have ever seen. Sides of the road, right-of-way, signaling, traffic lights?? Get outta here. Whomever has the biggest balls has the right-of-way. I hear India is worse…can’t wait!
We started in Hanoi, and then flew to Ho Chi Minh in the south of the country, and then finished with a relaxing vacation on the southern island of Phu Quoc, a beautiful little island with near perfect beaches (unless you’ve been to the Philippines) and millions of mosquitoes. Unfortunately, we skipped the entire middle of the country. Guess we’ll have to go back…
I want to take a moment to promote one of the better dining experiences that I’ve had throughout my travels. The Pepper Tree at the La Veranda resort on Phu Quoc island in southern Vietnam is superb. One of those places that will make you fall in love with foods that you previously despised. A true treat for anyone venturing that far out into the world. Don’t miss it.
I took a lot away from Vietnam. It was my last stop before returning to the States for the first time in over two years. And unfortunately, my international travel would be slowing down quite a bit for a while as I took time to build a life back in the states. I can’t think of a better last stop to close a very long trip to Asia. What a fantastic journey it had been. And what a country to say goodbye to. Don’t let your visions of the past stop you from going to places that have changed, flourished, and developed into fantastic destinations. I just hope that places like Syria, Afghanistan, and Iraq can follow in the footsteps and develop into functioning and developing environments so I can visit them too. 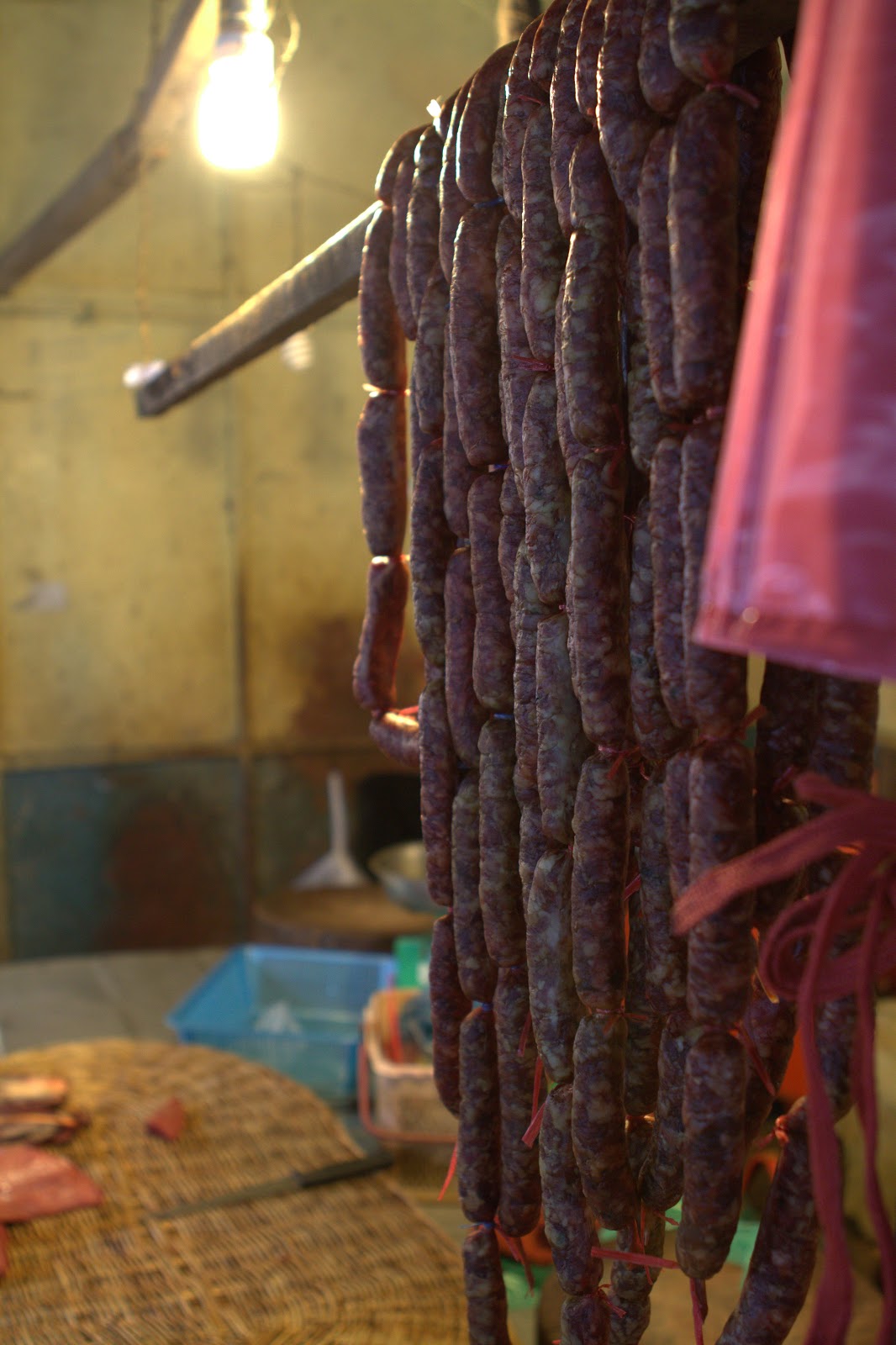 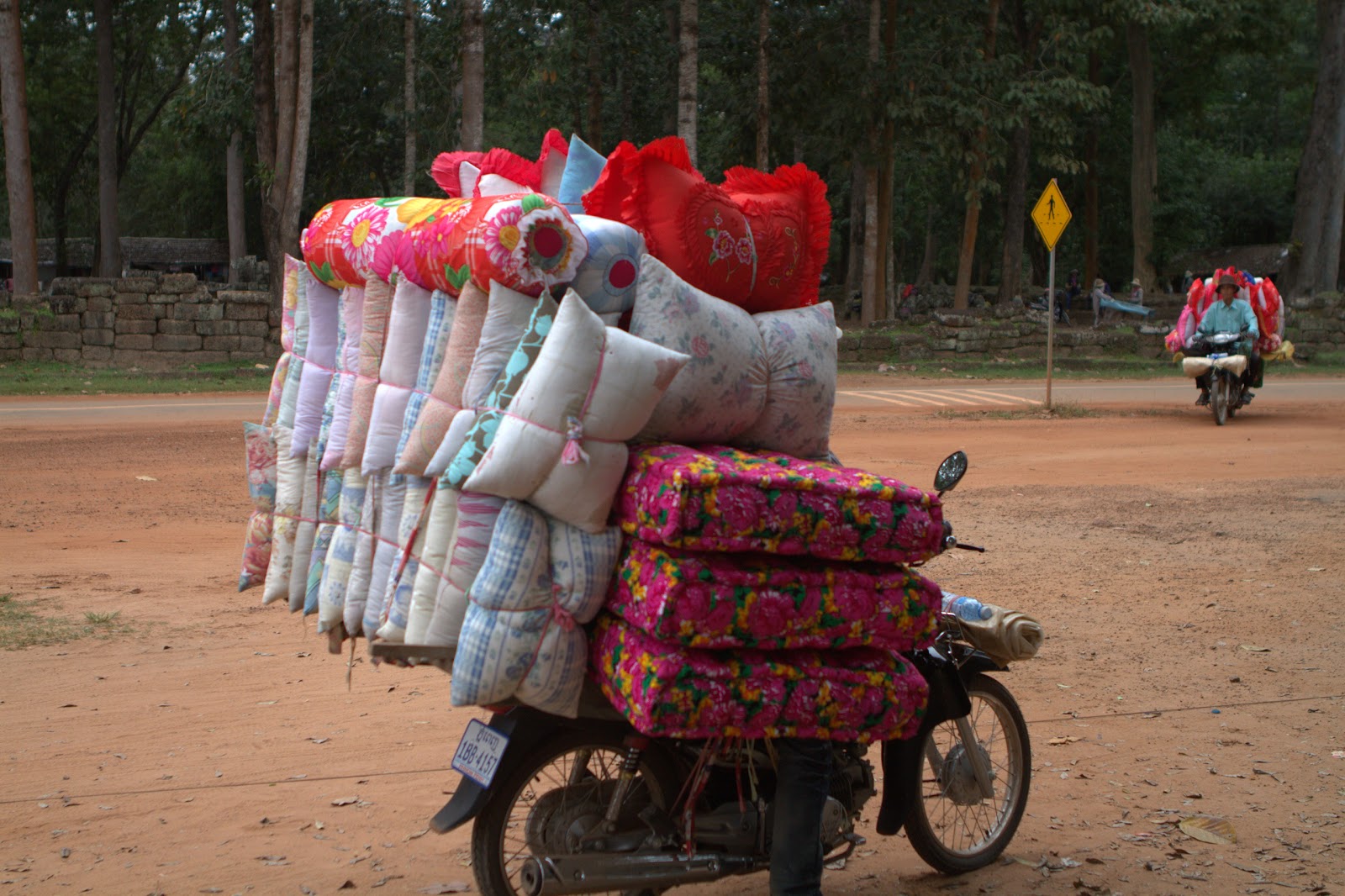 Posted by Unknown at 7:31 AM No comments:

I'll admit it, I was pretty lazy in Cambodia. I stayed in Siem Reap the whole time, I didn't go to Phnom Penh like I planned, and I spent a lot of time walking around and eating. Lot's of eating. Maybe it was the happy pizza slowing me down, or maybe the last two years finally caught up with me and I was just dead tired. Either way, I still had a damn good time and saw lots of cool stuff. 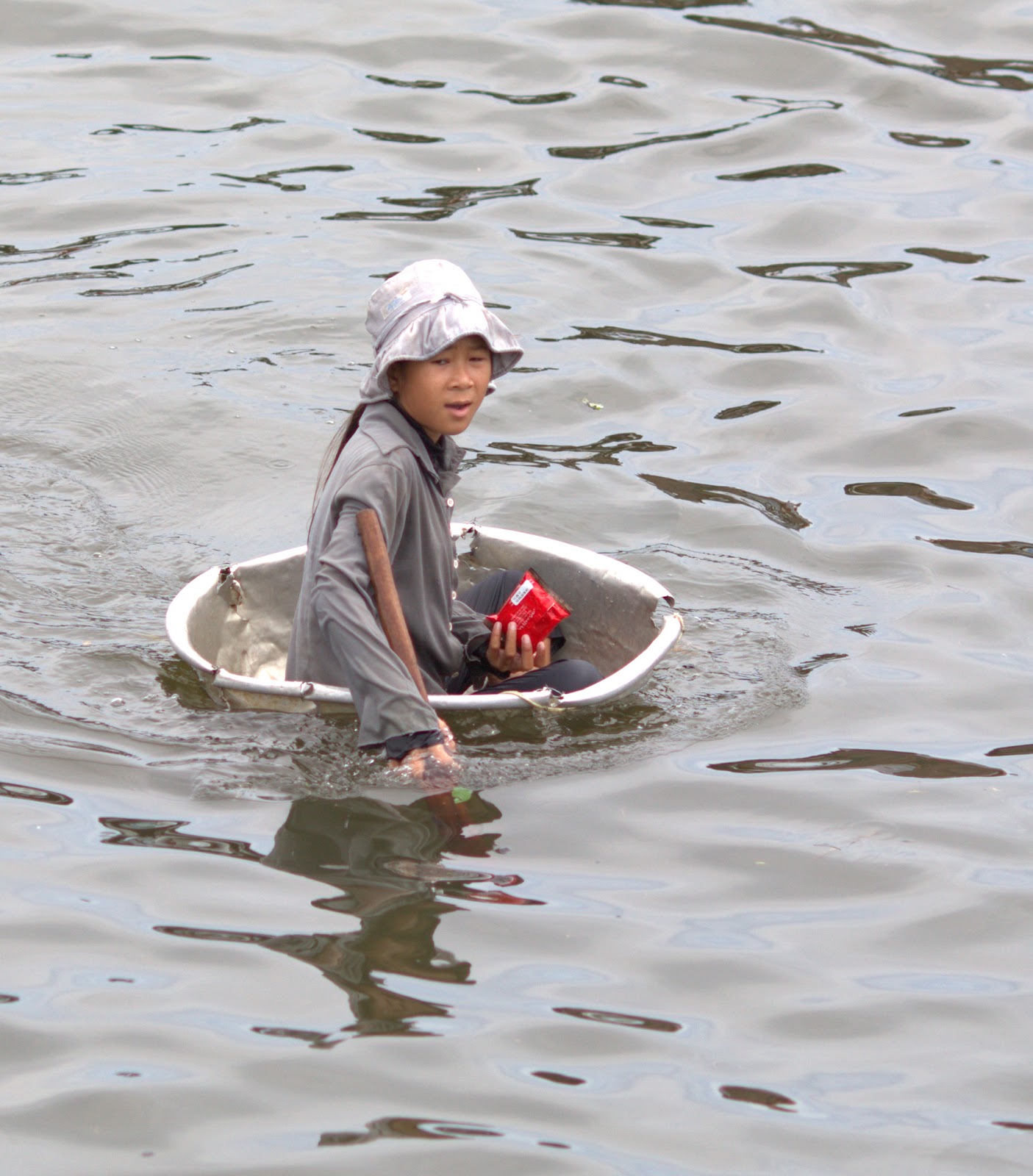 I found a tour guide and ended up using him for three different days in a row. He took me to the floating village on the Tonle Sap Lake, on a day long temple tour, and finally to Angkor Wat, the crowning achievement of Cambodia, and possibly the world. It is, without a doubt, the largest
religious monument on the planet, and certainly among the most impressive. It is a temple complex literally the size of a small city. Its grandeur simply stunning, and then you remember it was built in the 12th century, without cranes or trucks or any other modern machinery. It spans for what seems like forever, and sets any first timer speechless. There is hardly a point in trying to take a picture of the master work, it's scope beyond the reach of anyone a lesser man than Steve McCurry. 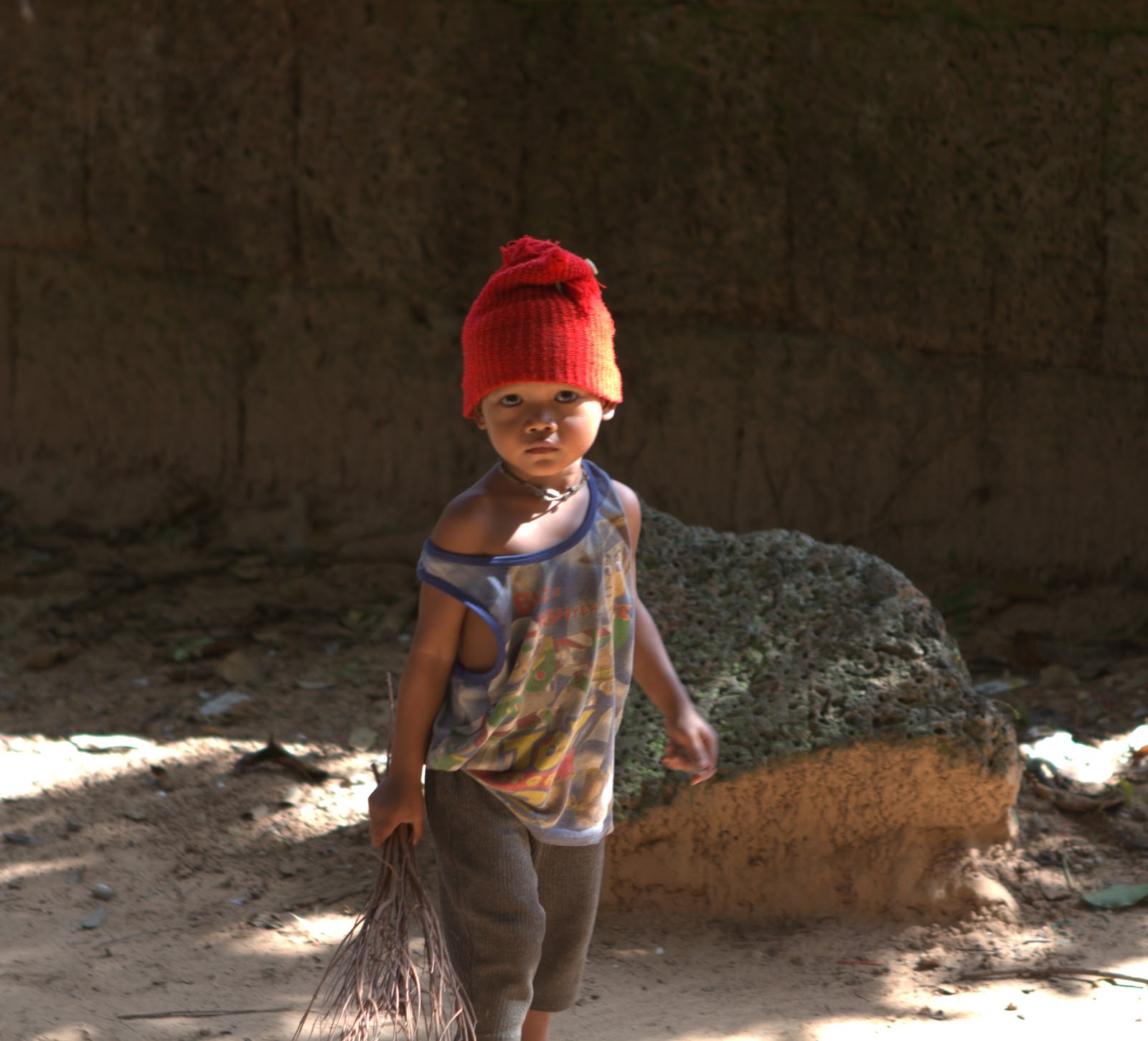 I was out for dinner one night and sat at one of the street side vendors in the market square. I made the mistake of buying a young boy some food, which attracted about 20 other children to come by, all wanting their share. It was somewhere between the line of heartbreaking and feel good. What is the right stance in such a situation? While I could have sat there and emptied my wallet; feeding every one of those kids, something about it just didn't seem right. I've always been a firm believer that if guilt leads you to giving, you're doing it for the wrong reason. And while I was in a safe environment in that setting, I know that that kind of situation has turned dangerous in other situations. The lucky boy ran off, as did the others, reluctantly and eventually; my life being the most changed of the group.
And as I reflect back, it certainly did change me the most. I often find myself looking online for opportunities to make a difference in the world. A real difference. But it's so hard to find anything that pays even a low wage to someone that isn't a highly specialized professional. While i'm sure a kid getting a full stomach certainly doesn't hurt, I really do want to give back on a broader scale. And I realize now that I have been starting to make decisions that will let me be able to do just that in the future. Just a little too much debt to make the leap right now. But it's on my mind more often than not.

I'll take a second to plug a friend. My good friend Joe Rice has done exactly what I speak of. He moved to asia and started a non-profit with the goal of helping orphaned and under privileged children learn and achieve their potential. I am immensely proud of Joe, and I strongly recommend that you check out his project. http://runwithjoe.org/   If you have some extra cash and don't have physical time on your hands, I vouch 100% that this is a worthwhile effort. Joe was a magician for me during the years I knew him, and he carries that tradition on with these amazing children. A true heart of gold.
Posted by Unknown at 7:16 PM No comments: