The airport in Buenos Aires, Argentina was quite a drive from where I was staying. I was on the same flight as the tent master whom I remembered from the Corteo transfer, and shared a taxi ride with him. We were bombarded by taxi drivers and hawkers from the second we walked out of the airport. I was glad to be with him because it was immediately obvious that he was good at dealing with everything. He knew the right taxi to take and who to ignore. The drive in was my first view of real poverty in the world. It seemed like we drove for hours through dilapidated shacks and falling down buildings. The separation of wealth and poverty was thrust right into my face as we finally pulled up to the Hilton Buenos Aires.

I only had five days in Argentina. I didn't have much time, but I tried to make the best of it. The rumors were right. The best steak. Ever. I went to Spettus. I thought I was in Heaven. When we showed up to site the first time, it was a mud pit from hell. Fork lifts were getting stuck right and left and everyone was covered with the slop. We had a meeting for everyone just arriving because the truck drivers were protesting us. We had blocked one of their roads and were diverting their traffic, so they were all violently pissed off about our show. "Don't wear your Cirque shirts out in public." 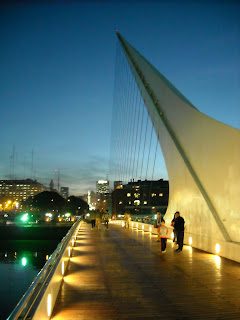 Posted by Unknown at 3:09 PM No comments:

My frist trip two trips out of the country were to Canada. I started easy. While studying theatrical design in university, I was lucky enough to land an internship with Cirque Du Solei's KA in Las Vegas, NV. I spent three months working at the biggest, most technically complex and impressive live entertainment show in the world. I kept in good graces, and about a week before I graduated, I had a full time job with one of biggest and most revered entertainment companies around. I had loved Cirque for years and was thrilled beyond belief. I flew to Seattle to transfer Corteo to Vancouver. And wow was I in over my head. Nothing in my past had even remotely prepared me for the demands of the next two weeks. I barely held on to my job, but by the time we were set up in Vancouver, I had vastly improved and my career started to move forward. Looking back, those were the most valuable two weeks of my entire career.
Vancouver was a great introductory city to visit. I had no idea how to be a traveler or a tourist. After the shows, I would wander the streets aimlessly at all hours of the night. I walked through grocery stores and shops and sat at random restaurants for hours. I didn't have a camera and I didn't write down a single thing I did. I visited the Capilano suspension bridge. It was raining and beautiful. It felt like a scene straight out of the Donkey Kong Country treehouse levels. I didn't do nearly enough in Vancouver. I was lonely, fresh, and scared of the feelings I was having about being away from home. I was already starting to love it too much.

I returned home after about a month in Vancouver, and a few weeks later, I began my first extended stay out of the country. I flew to Montreal for a few days to visit the Cirque Du Soleil headquarters and apply for work visa's for the Alegria South American and Asian tour. Again, I spent my time wandering the beautiful streets of Montreal. This time I had a camera, and vowed never to travel without one again. A canon rebel would spend the next nine months right by my side. I had taken a photography class in college, and had always had an interest in it. That interest has grown and continues to grow every day.

The first cup of coffee that I ever enjoyed came in Montreal. The French seemed to know a thing or two about food. Now that I think about it, Montreal is where I really started to appreciate food on a higher level. The crepe's and Salmon lox smothered bagels were amazing. Food suddenly became an infatuation that has never gone away.

And then I lost my passport. Personally, I don't think it was my fault, but that opinion doesn't matter and never did. What mattered was that I had a flight to Buenos Aires in 48 hours and my entire career depended on me being on that flight. I was already having a hard time dealing with my recovering sprained (the doctor said it was the worse he had ever seen) ankle and hiding it from my employers and almost had a heart attack when I opened my envelope at the Argentinian embassy to no passport. It's amazing what a company as powerful as Cirque can do if they need to pull strings. I got my visa in my new passport within a day and a half and was an hour early for my flight to Argentina. I was hooked on the world. All I wanted was more, and that's all I was about to get. 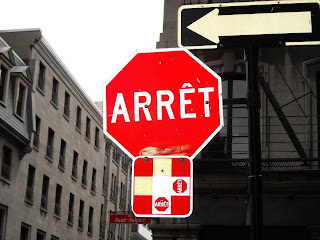 Posted by Unknown at 3:37 PM No comments: